Should that headline read tears for Islam?

According to my wife it should. She sat in her favourite chair, our slumbering youngest nestled against her despite the persistent heat of a summer which refuses to give in, and wept.

As far as is known, as I sit and write, forty nine people are confirmed dead.

Forty nine men, women and children, literally on their knees in prayer, gunned down. 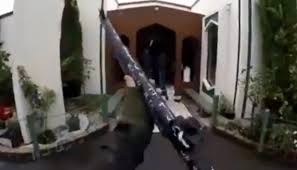 I don’t need to describe the horrors and nor do I need to decry them.
Done, by all the media outlets and all the commentators and all those with the tech and the wherewithal.
I am certainly not going to apportion blame.
I could point the finger at social media, which allows the like minded to agitate and to ridicule and to deride. Worse still, social media allows these people to congregate.
We could question gun laws, asking why there isn’t a register of weapons for every person issued a firearms license.
We could look to our police and our security agencies, our intelligence services and border control and government and policy, ask a collective why?
You can’t police the nutters. You can’t legislate for the insane.

You can blame the people pulling the trigger.

An extremist is insane.
Be they Christian or Buddhist or Catholic or Muslim.
Be as far right or left of the political divide as you wish.
Just not too far.
Be as devout and as pious and as proud of your chosen religion as you feel you must.
Where religion and politics intersect, be fervent and aware and earnest and also be open and appraising and smart. Stand your ground, by all means. All the while, let those around you stand theirs too.
There is plenty ground to go around.

I have been away from the keyboard for quite some time.
A new house, a new job, kids starting a new year in new schools in a new town. We have been busy, hectic at times and it pains me to acknowledge, it takes something like this to fire my emotional output.
Too often the word ‘tragedy’ is bandied about but now we have one, yet again in the city of Christchurch. So much that place has suffered and so often there are setbacks to recovery.
But, 15/3/2019 contained no force of nature, no random act of seismic power. People did this and they did it to each other.
I just don’t get it.

Video footage taken and posted by  the perpetrator, as if his actions and those of his mates were somehow significant, as if they had some point, some depth we all needed to become aware of. Bad enough and all as he defiantly gives the impression he is proud of his actions.
And in so doing, he drives the final nail into the coffin which contained the innocence of this nation. The perceived innocence at least.

The New Zealand Wars, Tiriti o Waitangi, Think Big, Nuclear Free. Big issues, big standpoints with different results or none at all.
In regards to our nations stance on the nuclear issue, we watched a ship blown up and sunk in one of our harbours, at the cost of a life. State sponsored terrorism.
Now the argument, and the terrifying response, seems to be over immigration. Delivered to us, it would seem, at the hands of an immigrant.
How is Australian Immigration gonna like getting this one back?

Because our Prime Minister is right. Jacinda Ardern is correct in telling us that this man, immigrant or not, is not one of us. He does not belong.
If his colleagues are Kiwi born and raised, then they too no longer belong.
They are not New Zealanders.
Not true, died in the wool (merino) New Zealander’s. They are white trash filthy scum and white trash scum should be stateless.

I know New Zealand is not the land of milk and honey.
No, wait…it is!
We are Godzone, we are small and far away and exotic and beautiful and clean and green and we are friendly and accommodating and yes, we are innocent.
We are non-threatening and we are courageous and we are forthright and earnest, trying our best in every endeavour and we do get so much of it right.
We smile because, generally, we are fed and housed and educated and yes, we are loved.
Kiwis don’t fear you because we don’t threaten you.

Number One’s math teacher is Palestinian. English is not his first language and I think he knows some of the kids find it hard to understand him at times.
But kids don’t want to send him back from where he came. Kids want a day off to wave banners and moan about the environment.After all, aren’t numbers a language in themselves? A language I can’t understand either.
Think. How is his night? Does he spend his night in fear? Does he worry, as he bends in prayer, that all he will be delivered was a bullet to the back of his skull?

Palestinian mathematics teachers are welcome in this town, on this island, in this country.
Bangladeshi cricketers are welcome and Pakistani grocers and Afghani accountants Uzbek truck drivers and who ever from where ever.
Extremists from Australia or Christchurch or Matamata or Culverden or wherever, aren’t.

But this isn’t really about race or creed or colour.
15/3/2019 Christchurch was about ego. It was about exclusion and loss and a sense of entitlement, a misguided notion of where the wrongs of the world are and how best to put them right.
This was about kitten stranglers, about kids who used to pull the legs off spiders just to watch the poor creature, and the poor gathered boys and girls, squirm.

This was not about Islam.

This was not about New Zealand.

I watched rugby tonight. My kids watched TV. We ate as a family. We remained ‘we’ even as my wife’s tears were justified and I battle to contain my anger.

Tears for Islam
Tears for Christchurch
Tears for New Zealand
Yes, tears for the people and families directly involved. Tears for the police and emergency services and all those who will now be involved mopping it all up, no doubt for years to come.

Tears for humanity.
Just when will we get that right?